➕WHAT DOES TREATMENT INVOLVE?

There are typically two options once it is determined that a child has reached Type I ROP. The first method is laser ablation which is applied to the immature portion of the retinae. This method of treatment has been around for many years and is still the most common method of treatment. The second method of treatment involves an injection of medication (Avastin or Lucentis have both been used) into the eye that stops a signal that is causing the abnormal blood vessels to form. These medications may be used as an alternative to, or in addition to, laser treatment. The injection is a newer treatment. While results have been encouraging, further research is being done to help determine long term safety, optimal dosage, and rates of recurrence of ROP. The outcome of laser or medical treatment for ROP is usually favorable with the disappearance of abnormal blood vessels and resolution of plus disease. Despite accurate diagnosis and timely laser treatment, the ROP sometimes continues to worsen and the retina pulls away from the back of the eye. Eyes with retinal detachment caused by ROP generally have a poor visual prognosis. Retinal detachment can be treated with vitrectomy and/or a scleral buckling procedure. Despite optimal treatment, some eyes with ROP progress to permanent and severe vision loss. 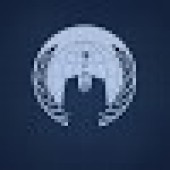